Hanka – Being on one’s own

“I know this girl, Hanka Dubová!” I have heard this exclamation several times – each time in a different language. I would learn about Hanka’s life story bit by bit in Bohemia, then Denmark and later in Israel. I discovered her story in Denmark, in a town called Næstved, just a few kilometers from the place where her friend Edita Krausová and other Czech Jewish teenagers used to live during the wartime.

Hana was born in 1925 in Kolín. When she was five, her parents moved to Prague. They rented a shop on the corner of Celetná Street and the Old Town Square. Dub’s House of Children’s Clothes. Premium fabrics, elegant editions in French style. Hanka attends a grammar school, going on outings with the Makkabi friends in her free time. Her life flows the usual way. Common worries, first loves, first fights. It is 1939 and Hanka’s world is slowly but surely beginning to crumble. Sára has received a ‘certificate’ and is leaving for Palestine; Eva is packing and going to America. Everyone is trying to get out of the noose which is growing tighter.

Journal, the longed-for gift
July 2, 1939 is an important day: for her fourteenth birthday, Hanka receives a present she had longed for, her first journal. She begins to write, describing her world page by page. She captures a number of details about her family, her younger brother, her injured hand. These seemingly trivial things are soon followed by increasingly frantic entries. Hanka enrolls in Prague alíjá school and soon gets ready to leave for Denmark. It is now or never. Although the day she left is missing in her journal, she will remember it forever.

Her first post in Denmark is a troublesome one. A farmhouse amidst endless fields. An alien family. How can one converse with people so strange? How to relate to people who treat her as cheap labor? Hanka writes letters to her parents, complaining about missing her friends, feeling very lonely. She wants to move somewhere closer to her pals. Eventually, her wish comes true in 1940 but she is not happy for long. “My foster mother has accused me for stealing her strawberries, she’s badmouthed me in the village. I want to leave, I want to leave!”

As summer 1941 begins, Hanka moves place. She packs her things in a backpack and walks fourteen kilometers to another farm. The Ostergård farm is owned by a young couple: nineteen-years-old Jensine and her husband Arne with baby boy Mogens. Hanka describes her first impressions in a letter to her parents: “My dearest Daddy, I am happy again. I am happier than ever before. This was the best birthday present I could ever receive. When one comes here, it immediately feels like home, it is so fine, friendly and open-hearted here. I cannot describe it better than by the word ‘home’.

Everyday chores feel no longer toilsome, on the contrary. Hanka seems to have found the meaning of her life. After two years in Denmark she can do lots of things. She is able to take care of herself and help others. She writes to her parents: “These are my daily chores: I get up at ½ past six, make fire, make coffee, spread 20 slices of bread with butter and honey and then we have breakfast. I measure and prepare baby food for Mogens and then make porridge. Then we go to the fields, at nine we have a snack and then we unload the harvest or pick fruits and make preserves.” In her free time she wonders about what is happening at home. Three letters from her parents arrive every week, dwindling gradually. Then only brief notes arrive, mentioning how the parents have to hand over their shop to the Nazis, to move, to leave Prague for Terezín…

Life in Denmark, however, flows quite differently than in Czechoslovakia. The summer is almost over, Hanka is hard at work and shares her experience with her parents: “Yesterday I was making grainstacks for the first time. It was so interesting. In the afternoon I was alone in the field which was plain, stretching far and wide. Seagulls, single or in flocks are flying above my head, ahead of me are raspberry bushes, around the stream and behind me on the left two rows of stacked oat sheaves. On the right as far as the eye can see, sheaves lying on the ground. I know I am supposed to work but I cannot help lying down on one of the sheaves for a little while, watching the world around me. God, it’s all so beautiful! The brook lined with forget-me-nots and raspberries keeps flowing quietly. Still the same and yet ever-changing water. Everything is going on, so carefree, like yesterday, or a month ago, or a year ago, or twenty years ago. Nothing has changed and still, not far from me is bloodshed, and thousands of “heroes” dying. “Heroes?” Victims of the war. Not people but masses of nations. And at home? Oh God! I’m getting up and sing while working. In the afternoon I am stacking the sheaves on my own. When I head home at five, I can see the straight rows of grainstacks from up the hill. My chest fills with pride. That’s my work. I am 16 and can do a lot of things. I can cook, wash, scrub the floor, tend to the household, chickens, thrash grain, work in the fields and in the garden. I am proud of myself.”

Sorrow and happiness
Hanka’s world was preserved, only she is no longer a fourteen-years-old student; she is adult now and wants to live her own life. The war is over but the news brings happiness and sorrow at the same time. Should she return home? What kind of home is it, though, when her parents and brother are no longer there? Of the large Dub family, only Hanka’s aunt, uncle and cousin have survived. All the rest perished in death camps.

In 1947 Hanka came to Prague for a few weeks and then returned to Scandinavia. After four years up in the North she sets out for America, with the proverbial dollar in her pocket and the desire to start life anew. She got married, had children. Her daughter, Janet Seckel-Cerrotti, remembers her: “Our mother died two years ago but it still feels as if she is here with us. She would often tell us about her life before the war. It was not easy for her to live so far from her parents but she knew that the Danish people provided her with a safe home and she never forgot. For many years she worked in various training centers for immigrants in Philadelphia. Besides teaching English, she would help them cope with the loss of their homes. She carried that feeling in herself till the end of her life. It was certain sorrow and at the same time hope that life goes on. She would tell us about this since we were kids and we hope that her story won’t be forgotten. It is more than a wartime story; it is a story about hope, help and love between parents and children. And I am happy that I could meet Jensine, my mom’s foster mother. When we embraced, I understood why she and my mother were so close.”

At the beginning of my search I only knew Hanka’s date of birth and the place where she stayed during the war. Now I know more about her than her own family. Thanks to Janet, I have read Hanka’s journal and about fifty letters she had written. They are all in Czech, so neither Janet nor her siblings can read them – they don’t speak Czech. I have had the journal translated so that they can read it, too. The stories of Edita, Hanka and their Czech friends are now being presented at an exhibit in Naestved where these children spent four years during the Second World War. Even Jensine, a ninety-two-years old lady attended the opening. The frail lady went through the whole exhibit with her family: “One simply cannot forget Hanka. She was like a member of our family. She spent a year with us and then we fell out of touch for a while. Then once, at night, in October 1943 she called, asking whether she could spend the night. I understood she was in danger. People were talking about it, that Jews had to leave, otherwise they would have been caught. Hanka spent the night and in the morning she was gone. We didn’t hear from her for several months afterwards. At last, in January 1944, a letter arrived saying that she had crossed the sea to Sweden and she was in hospital. Then she visited us two years later but then our journeys parted. We fell out of touch again. In 2011 we read an article in Næstved newspaper that you were looking for Hanka and we responded. We were so happy to see her daughter last year. We had so much to talk about. I think Hanka would have been happy about that,” Jensine says, with a photograph of that Czech girl in her hand, the girl who always remained herself.

Few days ago I was at reunion of Hana´s and Jensine´s family. I dont have enough words to describe that amazing atmosphere. Just have a look on pictures. 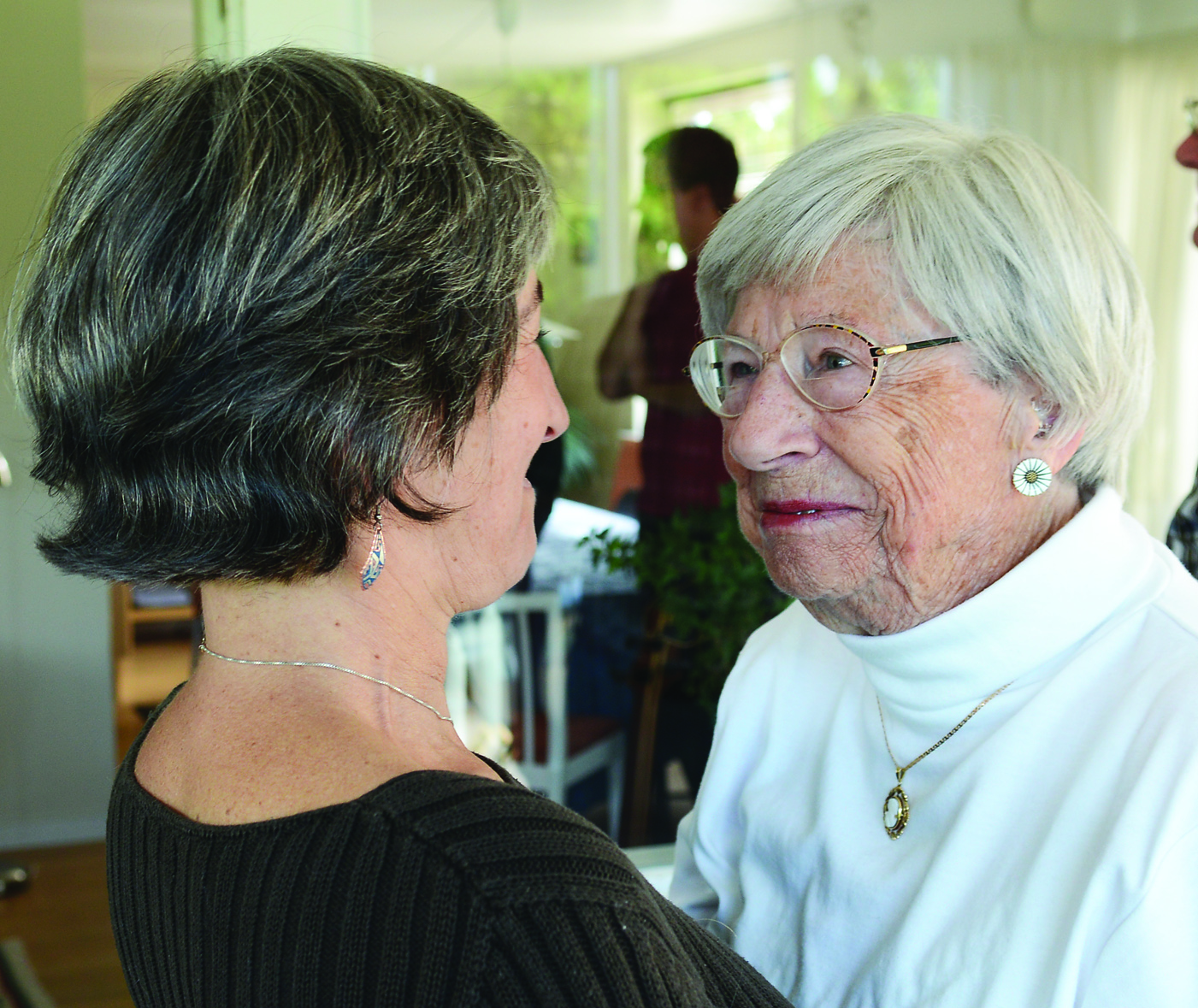 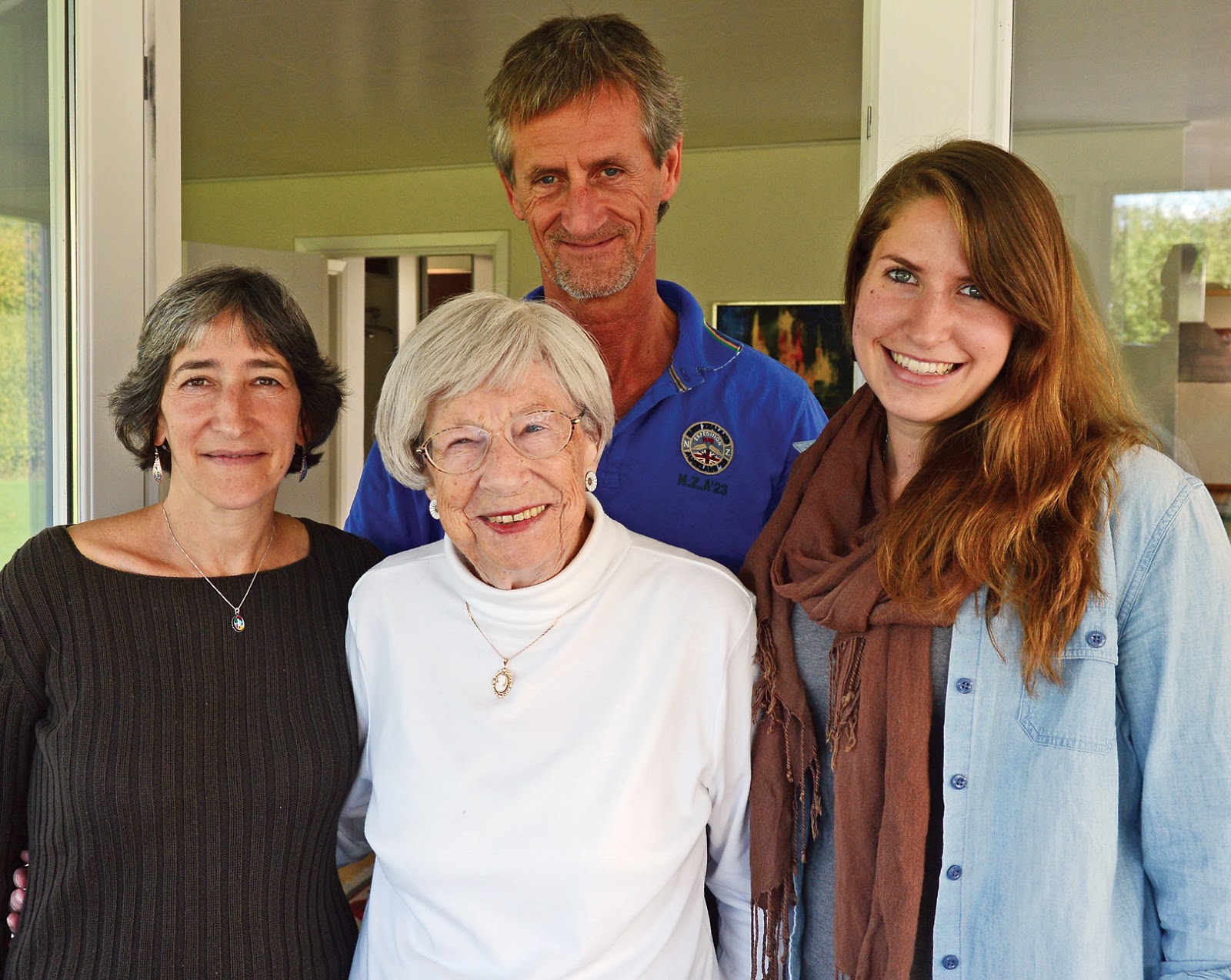